I had an interesting side fling this week. Our wonderful food writers have asked me and others Seven days peeps, to review Burlington pizzerias for a feature in next week’s issue. Now I’m not going to continue on how much I love pizza, because Everybody loves pizzas, except those cursed by the gods to suffer from lactose or gluten. You have my deepest sympathies, for real. I once tried one of these cauliflower pizzas, and it was the pizza from GuantÃ¡namo Bay.

Some may wonder why I chose Mr. Mike’s as my place to review. Let’s be honest: there aren’t many (if any) people in town who call Main Street pizza the cream of the crop. Mr. Mike’s has always been the place to go after a night out at the bars for a quick and oily slice. I still have fond memories of my girlfriend in college waking up with a folded slice in her tote bag from the night before. (Yes, she totally ate it for breakfast. It was college, we were broke!)

No, I chose Mr. Mike’s for the memories. When I moved to Burlington in August 2001, I didn’t know a single soul in town. What I did know, however, was that a college town like Burlington would have a music scene clustered around a handful of bars and restaurants, where struggling musicians like me would work for shift meals.

It took me a few weeks, but I figured out pretty quickly that the metal and punk kids worked at Manhattan Pizza and Auntie Anne’s, a pretzel shop in University Mall. (For real, we called it Punk Rock Pretzel.) The hip-hop musicians seemed to work in t-shirt and skate shops that lasted about a year before being replaced by another version from the same store. The kids in the jam group either worked at Advance Music or, you know, had trust funds.

What I found at Mr. Mike’s is a collection of rock band handbags. I was home, baby. I started working as a delivery driver. And just like the other two pilots, I was in a group and very, very unreliable. I guess Mr. Mike’s didn’t think the three of us could forget, at the same time, that we were supposed to be at work, a criminally mistaken assumption. If you ordered a pizza to be delivered to Mr. Mike in 2002, please think about the miracle if you actually received your food. My fault.

Gabe wilhelm was my main cohort with Mr. Mike. He was part of a group called the Shades, and I was in a group called Lobot, two scuzzy rock bands playing originals in a town that really just wanted to Grateful dead covers. I know some might read this with a laugh and say it’s not much different now. But, believe me, the early 2000s were tough for indie bands – no Waking Windows, no Monkey House, no ArtsRiot; just a lot of house parties and pass the hat on for leftovers at Radio Bean.

Every other Friday we have a group at Mr. Mike’s. If you’ve been there you know how absolutely terrible it is for a live band, but we didn’t care. All we wanted was to create a home for bands playing original music – and for a while, we did. The number of delivery calls I skipped those nights watching bands play should have got me fired.

The flagship show was a trippy performance from hell from a group called Charles, dead or alive, who dressed like Abraham Lincoln for reasons I can’t remember. The weak point was when we booked a thrash metal number whose name escapes me, but I’m sure it understood the word “corpse”. The singer tried to climb one of the pinball machines and the bartender whipped him in the privacy with his tea towel before he smashed the machine. The show ended on the spot, and I took note of never having sex with this bartender.

Ironically, neither Gabe nor I have ever played there with our bands. That was never really the point for us, however. We wanted to connect with the scene. That year, while working for Mr. Mike, I made friendships with some of the best musicians in town, friendships that continue to this day.

So 20 years later, as I stood outside the old pizza place, about to order my first Mr. Mike pie since George W. Bush was president, I felt a wave of nostalgia. It had been a shitty job, and I had sucked. But Mr. Mike’s has been such a vital part of my entry into the city’s music scene that I will always be grateful no matter what pizza tastes like. (FYI, it’s better than before.) 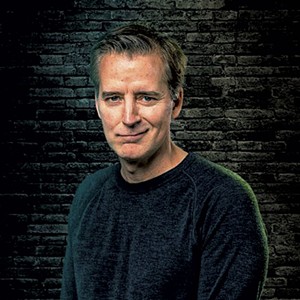 â€œWe’re trying to take events that people would normally go to Burlington to see and bring them here to Franklin County,â€ the owner said. Shannon Smith in a phone call.

Smith completely renovated the club during the COVID-19 lockdown in preparation for the relaunch. She said she hopes the new look and variety of entertainment options the Depot offers will eventually turn the place into “something like the Higher Ground in our region.” She also hopes to book tour groups soon, as well as local bands.

Smith is particularly excited about two shows: the first is the HalloQueen Drag Show on Saturday, October 30.

â€œI tried to plan a drag show for Halloween in 2019, but couldn’t make it happen,â€ Smith said. â€œSo I’m excited to host it this year. We also have a morning show. It’s a little more PG for the younger ones to come and see. The evening show is absoutely adult.”

The other show she is looking forward to is the comedian Juston mckinney, who visits the depot on Friday, November 5. The Portsmouth, New Hampshire native has appeared in “Late Night With Conan O’Brien” and “The Tonight Show With Jay Leno”, among other high profile gigs.

â€œWe were watching YouTube videos of her stand-up and laughing to death,â€ Smith said.

Be sure to visit the Depot calendar at thedepotvt.com for all the cool and offbeat events coming up in St. Albans. 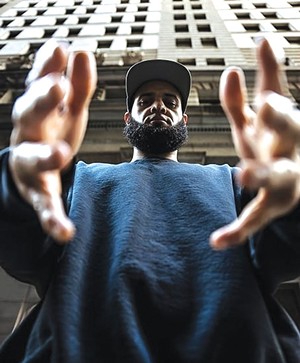 There’s a really hot hip-hop show in Burlington this Friday, October 8th. In a last-minute reservation, the Green Door Studio welcomes hip-hop heavyweights from New York. Homeboy Sandman; the studio is next to Howard Street, behind ArtsRiot. The artist, who Fork calls “infinitely adaptable and stylistically unpredictable”, headlines a huge night of hip-hop, including MC and beat maker Seven quarters, rapper from New Hampshire Cody pope and based in texas Air Max, as well as the inhabitants Mr. Burns and Rico james.

american musician Brooks hubbard performs at the Briggs Opera on Friday. A native of New Hampshire, Brooks returns to the Upper Valley after six years of living and playing in Nashville, Tenn.

â€œThere are certain places in the world that really polish an artist,â€ said Jakob breitbach, a promoter at the Briggs Opera House who plays violin in the duo Americana Jes & Jacob. “We like to think the Upper Valley could be one of those places, and Nashville is definitely one of those places.”

Breitbach is eagerly awaiting Hubbard’s return. He said the musician “is bringing a new group of very talented players from Nashville to support him” during the homecoming show.

The Briggs Opera House, located in the heart of White River Junction, will host the show in person while streaming Hubbard’s performance online. For ticket and streaming information, visit herethevalley.org.

EDM producer Slow magic is releasing a new single this month, titled “OPEN”. The song is three and a half minutes of thrilling beats, uplifting synths and samples – plus a rapid explosion of endorphins. The mysteriously masked artist, who is apparently based in Burlington, wrote the track after months of isolation. (Sound familiar to you?) According to a press release, “OPEN” is about “escape and the desire for freedom.”

The track will also appear on the last compilation of the bitbird label, Gouldian diamond 4, which comes out on Friday. Catch a Slow Magic show at the Higher Ground Showcase Lounge on Saturday, October 30.

This skin care brand has extracted a ...