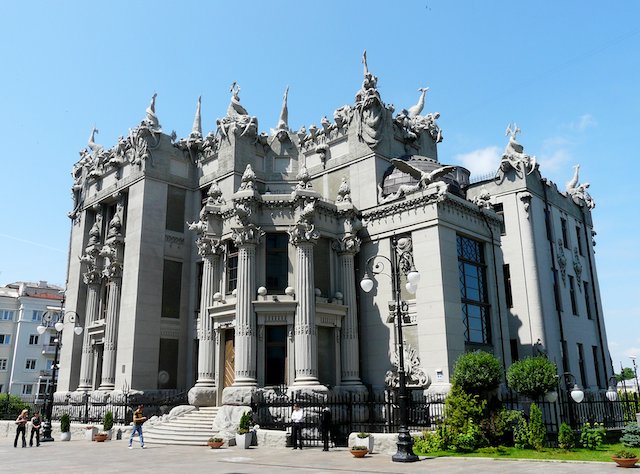 Heartbreaking images of the war in Ukraine dominate the news. Around the start of the war, the country’s leader, President Zelenskyy, made a video in front of a beautiful historic building in Kyiv. As compelling as his message was, I couldn’t help but notice the majestic structures behind him. So I did some research and found an interesting Italian angle.

One of the official presidential residences, the building is called the Maison des Chimères and is a masterpiece of Art Nouveau architecture. It was built in the early 1900s by Polish architect Władysław Horodecki for his own use as an upscale apartment building.

The ornate decorations that adorn the top of the building were sculpted by Italian-born artist Emilio Sala. Made of cement, the exterior figures include mermaids, dolphins, rhinos, elephants and frogs. Interior decor includes chandeliers with oversized catfish strangled in the stems of lotus flowers. Horodecki chose animal depictions to reflect his interest in hunting. The name of the building refers to the architectural style known as Chimaera, which features animals as decorative objects on buildings.

Born in Poland, Horodecki moved to kyiv after completing his studies in Saint Petersburg. He was a well-known architect and designed many buildings in Kyiv, including the National Art Museum of Ukraine. Due to his personal financial problems, he was unable to keep Maison Chimère for very long and ended up selling it. In the early 2000s, after its evacuation by the Ukrainian Communist Party, it was completely restored and has been part of the official presidential residences since 2005.

To view a video on the building, Click here. 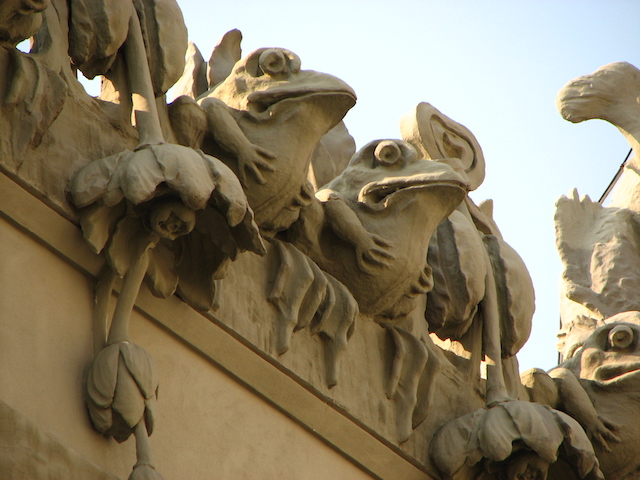